Since the 70’s, age of the first unmanned underwater experimentation, Mr. Guido Gay, President of GAYMARINE, decided to design and develop only battery powered ROVs. This choice is related to the fact that the ROVs umbilical cable is a major limiting factor to their underwater maneuverability and the goal was to reduce its diameter as much as possible.

Nowadays, most of the commercially available ROVs are powered from the surface, through their umbilical cable, which has a diameter ranging from 10 and 30 mm. It is utterly clear the difficulty for a ROV to navigate while carrying such a bulky tail behind it.
To compensate this handicap, the physical dimensions of those ROVs increased over time, in order to provide them with enough propulsive power to correctly manoeuvre. The typical weight in air of a ROV capable of operating at a depth of 2000 m is around 1 ton, linked to an umbilical cable with a total weight of more than 2 tons and powered by a 50 kW generator. Such bulky equipment needs to be installed on very large vessels.
The GAYMARINE developed “PLUTO FAMILY” ROVs are capable of operating to similar or greater depths adopting an umbilical cable that has a diameter of only 3,5 mm, thus allowing the ROV and the umbilical cable management winch to be compact and relatively lightweight. This solution did not allow round the clock operational profiles as required by most industrial applications, but it has opened unexplored opportunities to operate in extreme tidal current conditions at great distances from the launching site.
“PLUTO FAMILY” ROVs are equipped with propulsion motors, whose position was specifically designed to increase the vehicle navigation performance, granting the possibility to move forward/backwards, rotate to the left or to the right and ascend/descend, while avoiding disturbance to its viewing capability (e.g. lifting of sand while at close distance to the bottom) and maintaining an extremely low acoustic and magnetic signature, as per military standard requirements.
This non-conventional design allows GAYMARINE ROVs to achieve a remarkably high degree of integration and optimization. 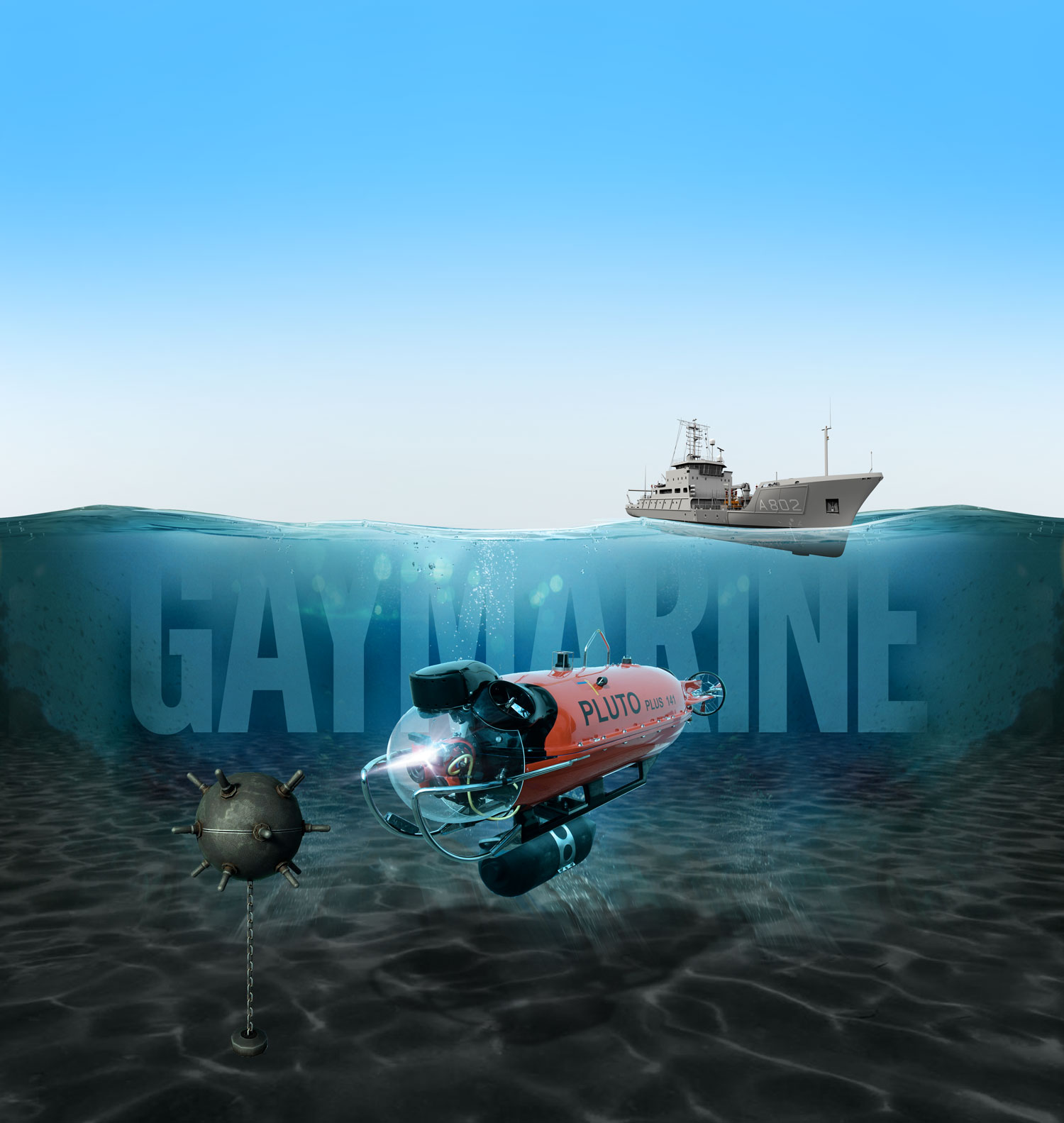 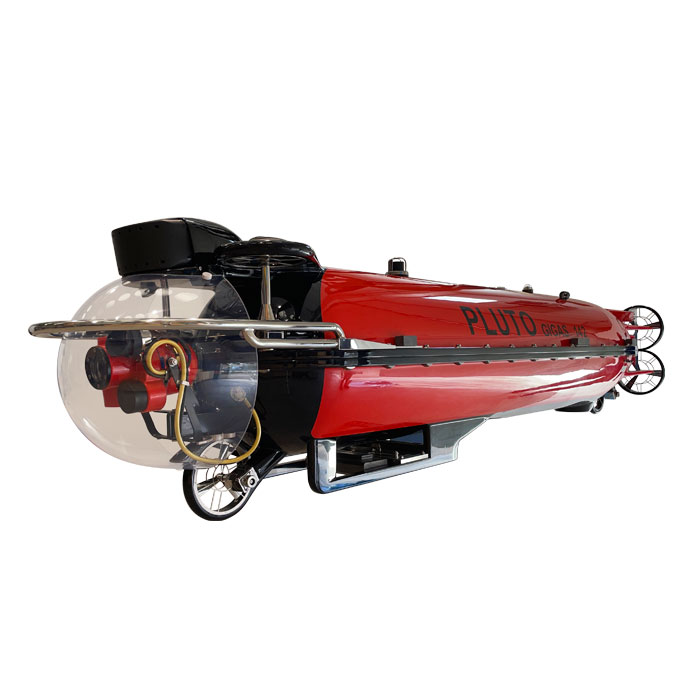 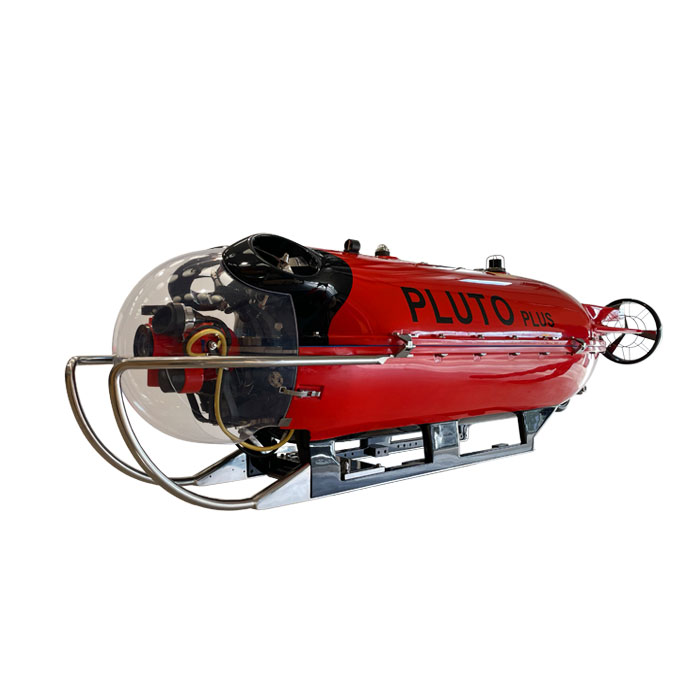 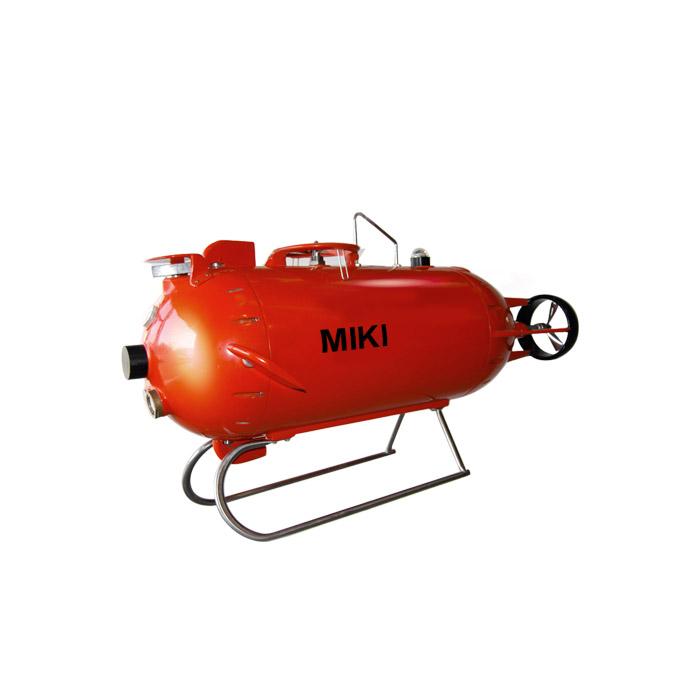 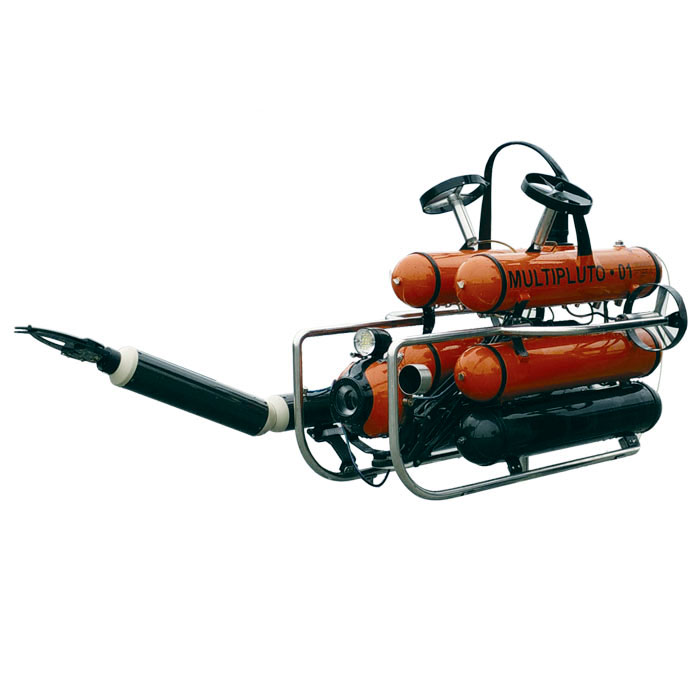